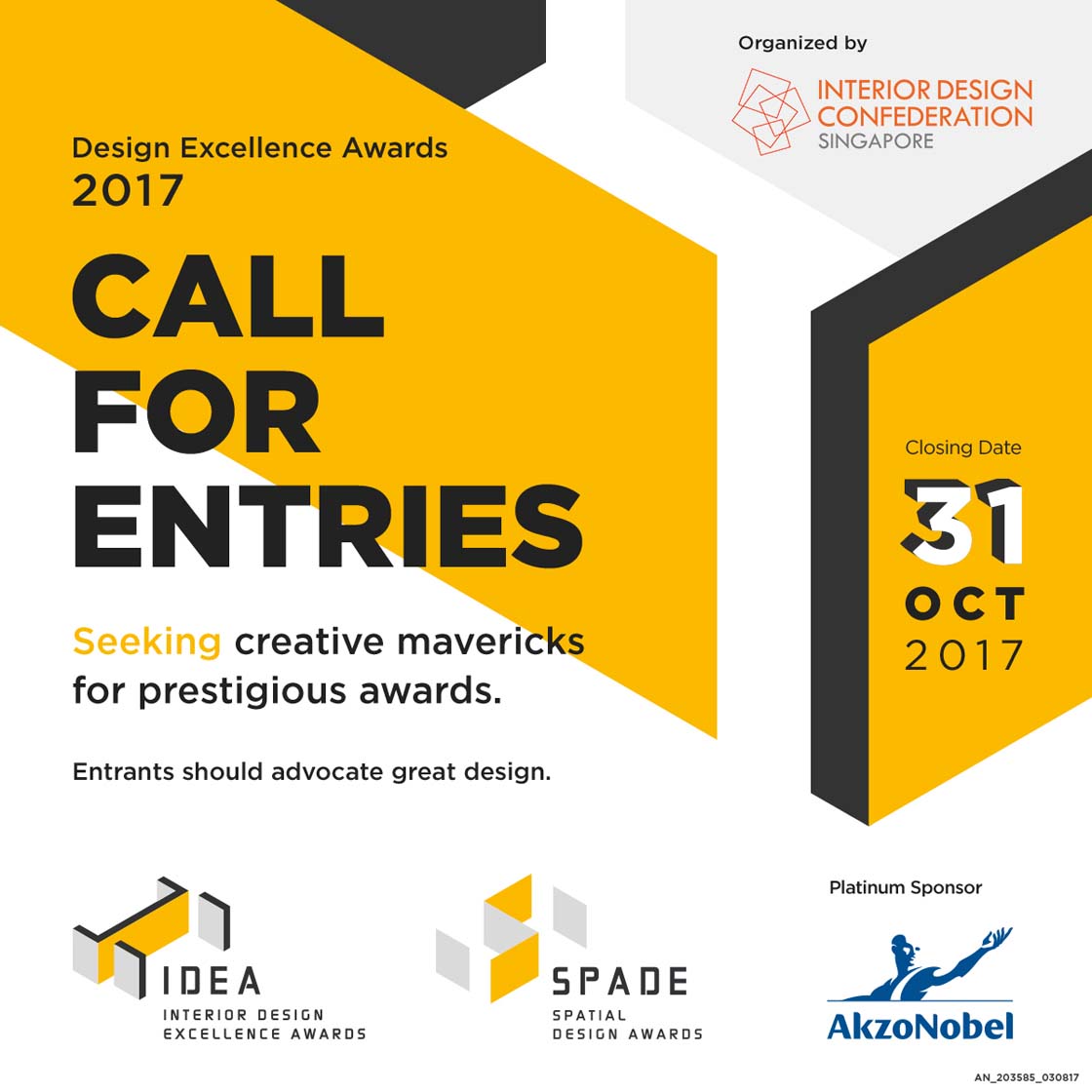 Singapore – The 2017 edition of the Interior Design Confederation Singapore’s (IDCS) Design Excellence Awards (DEA), one of the region’s most anticipated interior design competitions, is now open for entries.

The DEA sets to recognise the best of commercial, residential and public design in Singapore and Asia Pacific, endorsing and celebrating the achievements of practitioners and students alike. With DEA, IDCS seeks to champion design excellence, as well as elevate and promote the quality and standards of interior design.

The 5th cycle of the Awards is marked by the introduction of 12 new categories across the two competition tracks: Interior Design Excellence Awards (IDEA) for interior designers and firms; as well as Spatial Design Awards (SPADE) for students. Notable new categories include Exhibition Design, Sustainable Design, Environmental Design for both tracks; and IDEA Project of the Year, Emerging ID Firm of the Year, Top 3 ID Firm of the Year and AkzoNobel Colour Award, which are exclusive to IDEA.

With a wider selection of categories, the DEA 2017 aims to be a more inclusive platform to honour the interior design industry with the highest accolades. The Award is considered a seal of excellence and proof of outstanding achievements in the design field, acknowledged by a professional jury panel. Benefits for the DEA 2017 participants include regional publicity and major exposure, free 1-year IDCS membership, a ticket to the prestigious DEA Gala Dinner for the first 300 entries and a feature promoted by AkzoNobel.

“This year, the Design Excellence Awards would like to call on practitioners and students to observe ‘The Sense of Place’ in their entries,’ said Mr. Tung Ching Yew, DEA Chair, IDCS. “A 'Space' will remain as something abstract with no value or social connections. A 'Place' on the contrary embraces human experiences and create emotional connections with people.”

Entries to the Design Excellence Awards 2017 are now open and the submission deadline is 31 October 2017.