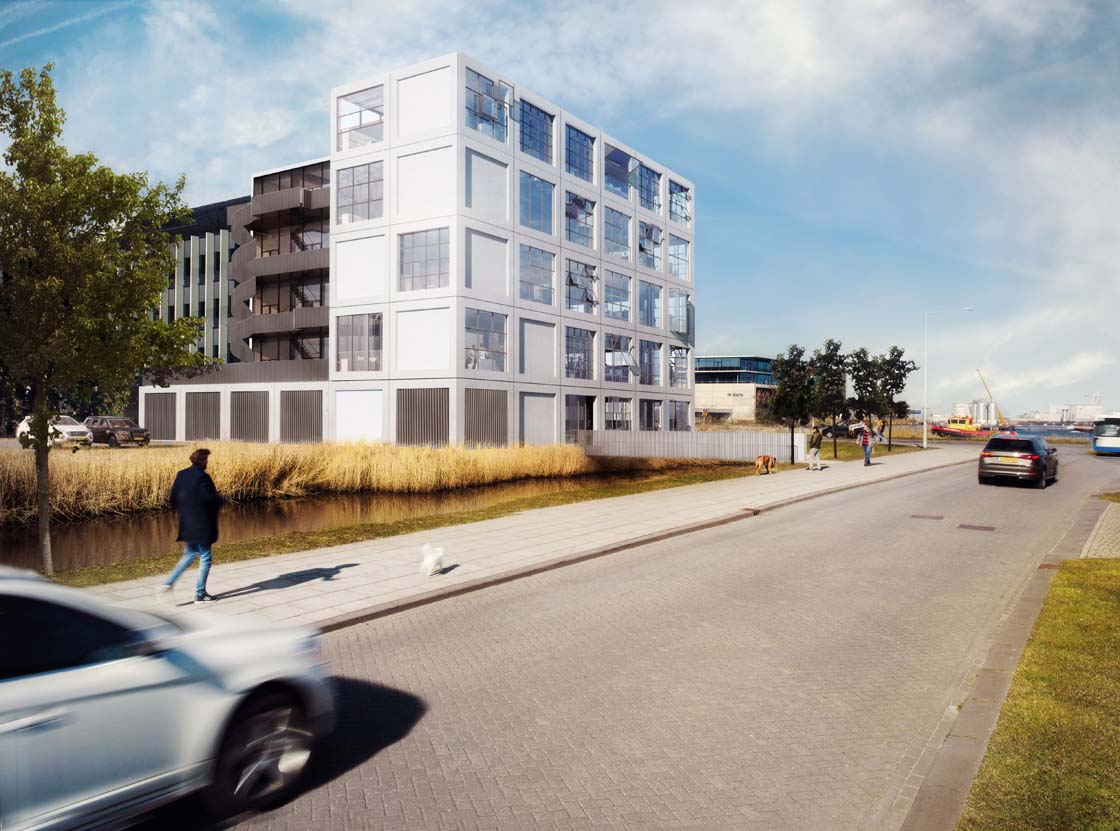 Amsterdam, The Netherlands – On 29 June 2017 in Amsterdam, the ground breaking ceremony took place marking the beginning of construction for Salt – a 3,700 square metres office building offering flexible workspace in a prime harbour location part of Amsterdam’s port redevelopment of Minervahaven.

Salt has a distinct concrete façade permeated with randomly placed windows. Salt is five levels high and a 30 metres x 30 metres x 20 metres cube-shaped building with distinct concrete frames stacked on top of each other. The concrete frames house a variety of different windows permeating the façade to keep the individuality of each 5m x 4m unit. Windows are arranged in a random order so that the buildings' distinct glass and concrete façade offers a different view depending on what side it is approached from.

“The area around Minervahaven still has an industrial feel to it due to its scale which is different from older harbour areas that have been transformed in the past. So no bricks here but concrete as a base for the new volumes. Our design reflects this industrial heritage, by creating concrete loft-like spaces using exposed and raw materials, but also by opening up the façade to great views of the harbour,” said Jacob van Rijs, co-founder MVRDV.

All of the building’s flexible loft-style working spaces are offered as rental spaces that can either consist of a whole floor or dived into smaller units. A private roof garden introduces a social gathering space at the south facade of the building while the full height lobby space with its grand cascading stair, connects the various levels vertically.