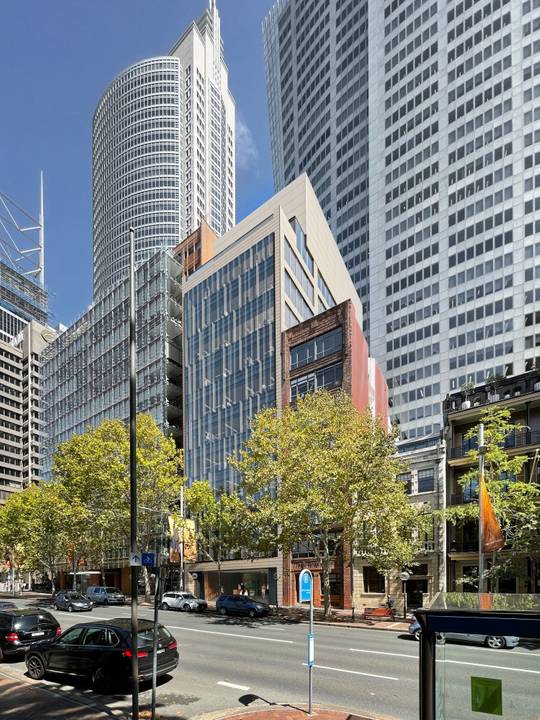 Sydney, Australia – Leading Sydney architecture and design firm Scott Carver has been appointed to design the façade upgrade for 151-153 Macquarie Street to transform the vision for the 12-storey commercial building.

The design plans will position the building as a contemporary icon within the Sydney CBD through the façade upgrade for the recently DA-approved development as well as optimising the view overlooking the Royal Botanic Garden Sydney and Sydney Opera House.

The original building was completed in 1970 with the existing façade curtain added by Scott Carver in 2003.

Scott Carver Principal Architect Thomas Hansen said the upgrade project represents an opportunity to reposition the tower for the long-term and re-envision its street address to reflect the forms, scale, and materials of its historic environment.

“The podium will be reinstated to its original datum with a fine-grain terracotta treatment that is sympathetic to the warm, earthy tones of the heritage Macquarie streetscape, while creating a distinctive address for the building.”

The façade upgrade is a proactive initiative by building owner RF CorVal on behalf of a European client in anticipation of the City of Sydney’s retrospective building product ban of Aluminium Composite Panels (ACP).

The project will replace all existing ACP cladding with a solid aluminium cladding system in a warm, lighter finish that meets compliancy requirements and complements the new terracotta cladding on the east facade.

Scott Carver’s design also introduces a new glazed curtain wall system to the east facade and larger glazed windows for the north facade that maximise daylight penetration and capitalise on the enviable aspect.

“This approach breathes new life into the existing building, which was last upgraded almost 20 years ago, by significantly improving its aesthetic and street presence and providing tenants with enhanced natural daylight and views over the Royal Botanic Garden and Sydney Harbour,” said Mr Hansen.

Construction on 151-153 Macquarie Street is slated to commence in late 2022, subject to tender.