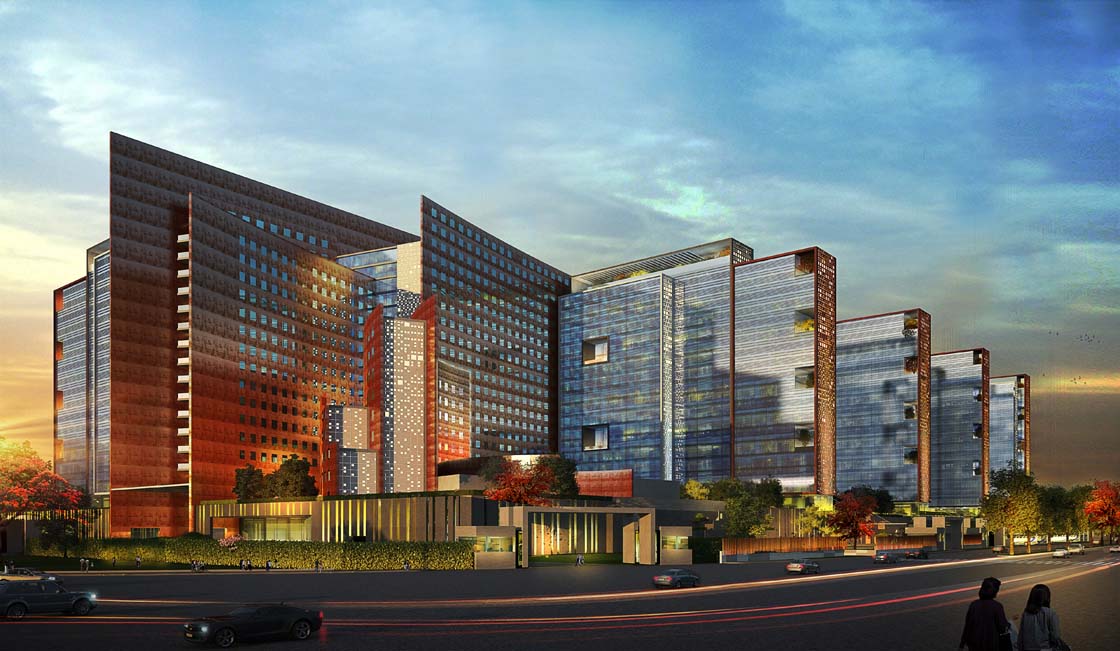 New Delhi, India – Morphogenesis has won an architectural competition to design what will be the world’s largest office building at 65,00,000 square feet, touted to become the centre of the international diamond trade.

Called the Surat Diamond Bourse, the project is located in Surat, in the state of Gujarat, India.

Integrating a vertical forest into the scheme, Morphogenesis takes this as its design challenge to achieve the highest standards of traffic and people management, an EPI of less than 50 kWh/m2/yr.