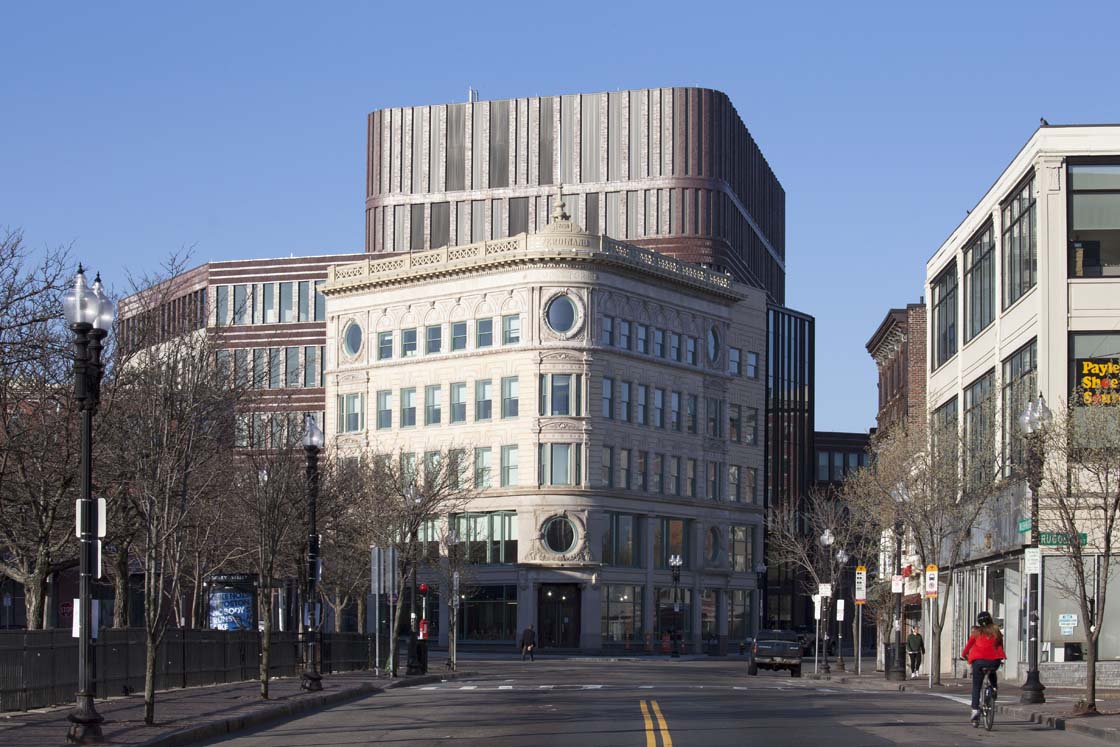 The Bruce C. Bolling Municipal Building is home to the Boston Public Schools department and includes retail and the Roxbury Innovation Center. Three historic facades have been integrated into the all-sided complex with elegantly curved corners. The different masonry techniques used in the brick facades create rhythmic reliefs which provide intricate, playful shadows.

“The building is the most important catalyst for the revitalization of Roxbury,” said Francine Houben, Creative Director of Mecanoo architecten from Delft, the Netherlands. “The building is very well used by the community and was made with a beautiful, time-honoured level of craftsmanship: Boston bricks with a Dutch touch,” added Francine.

The Harleston Parker Medal, which has been awarded annually by the Boston Society of Architects since 1921, seeks to recognise “the single most beautiful building” realised in the metropolitan Boston area in the past decade. Commissioned by the City of Boston, the Bolling Building’s construction manager was Shawmut Design and Construction.