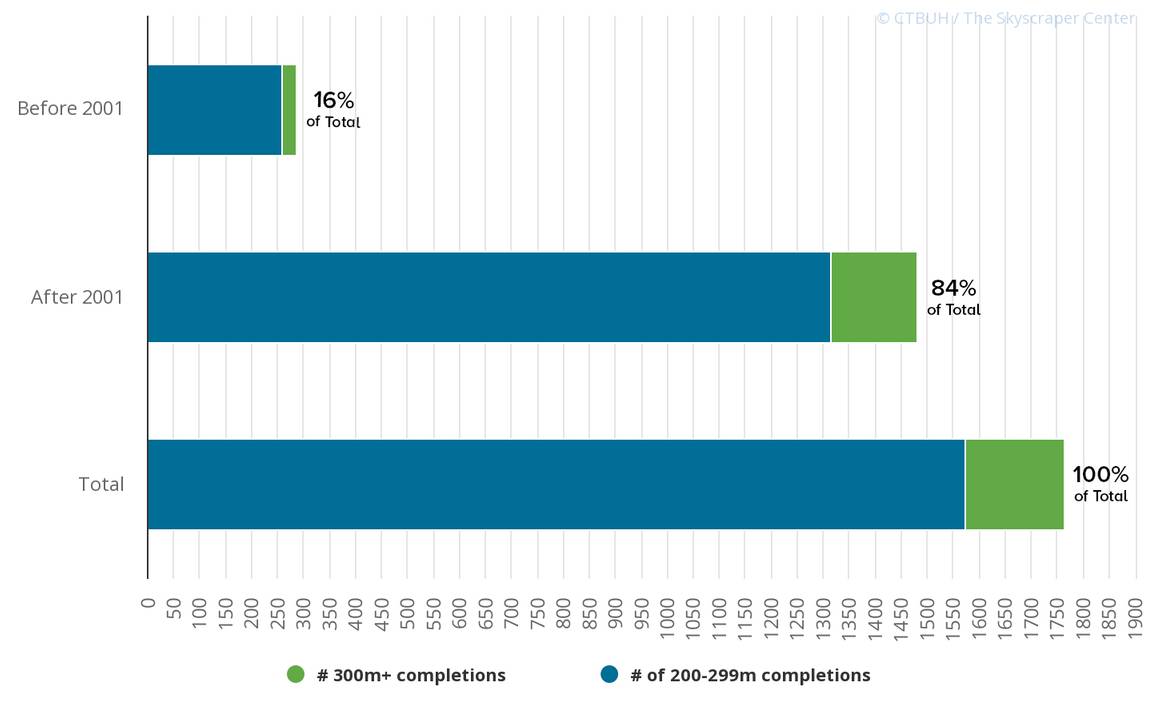 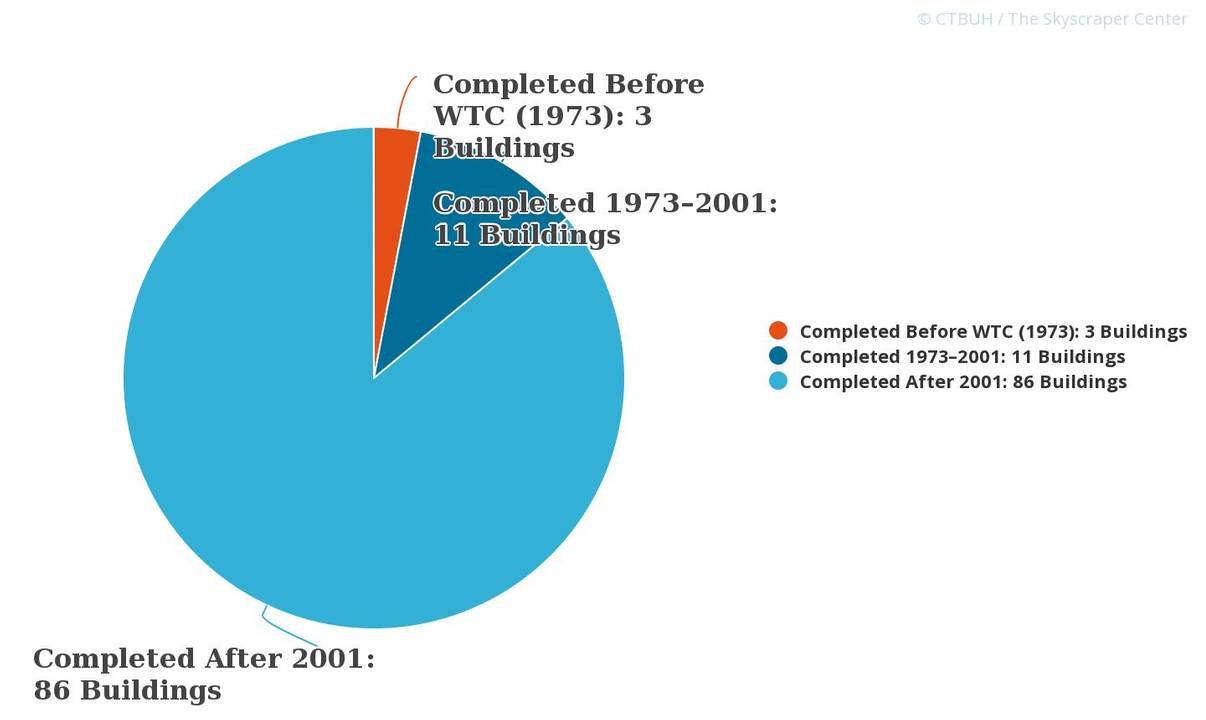 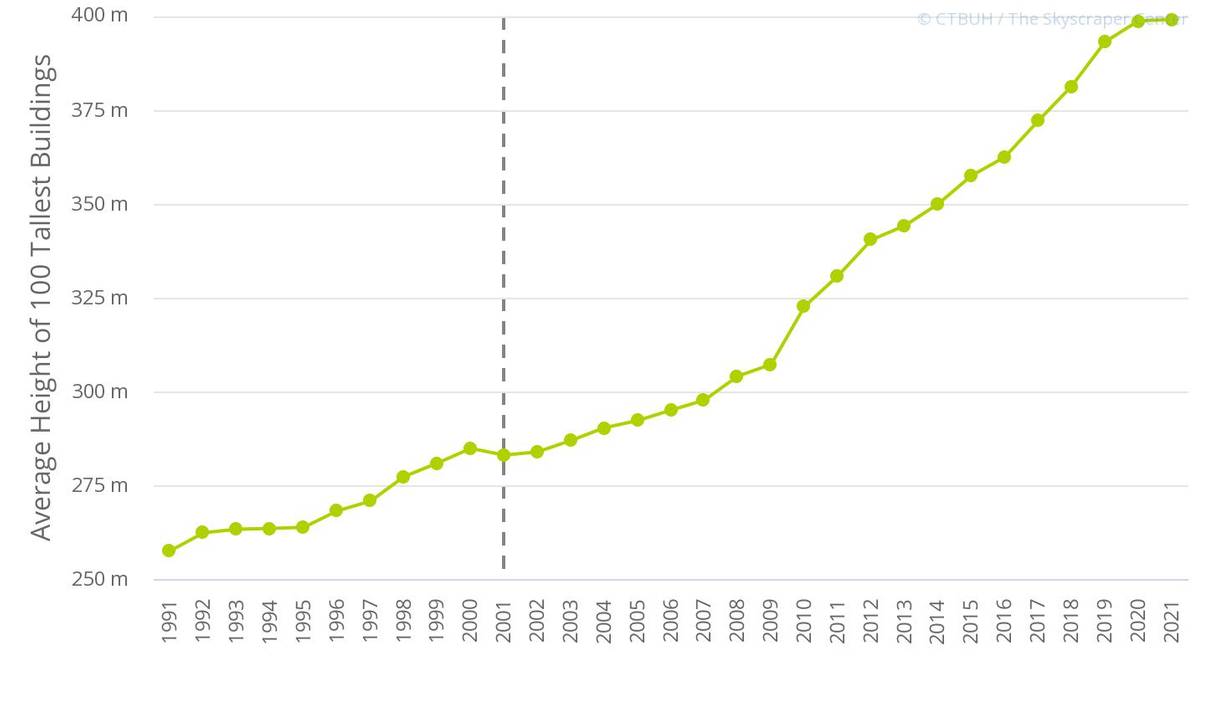 Chicago, USA – The Council on Tall Buildings and Urban Habitat (CTBUH) released its latest data study, The Global Impact of 9/11 on Tall Buildings, part of the Tall Buildings in Numbers series. Today, 20 years later, how did 9/11 impact tall building development? The study had several startling findings; the most surprising shows that 84 percent of all buildings 200 metres or taller currently in existence were built after 2001. Eight of the 10 current tallest buildings in the US have been built since 2001, and if the original World Trade Center towers were standing today, they would rank as the world’s 31st- and 32nd-tallest buildings.

CTBUH Chief Executive Officer Antony Wood states, “The 11th of September was seared into the consciousness of people around the entire world in a way that no other event had, and the tall building typology along with it. The findings of this data study point to the possibilities that 9/11 actually became a catalyst, rather than an inhibitor, for tall buildings.”​

Among many other insights, the latest data study also shows that of the world’s current 100 tallest buildings, 86 have been built since 2001. In the 20 years since 2001, in addition to the overall growth of buildings 200 metres or taller, the height of tall buildings continues to soar. Since 2001, the average height of the 100 tallest buildings in the world has increased by 141 percent, from 284 metres to 399 metres. Since 2008, every building in the 100 tallest list has been a “supertall” building, which CTBUH defines as a building 300 metres or higher.

To see the full interactive data study, visit The Global Impact of 9/11 on Tall Buildings at ctbuh.org/9-11-global-impact 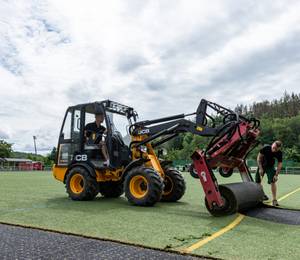 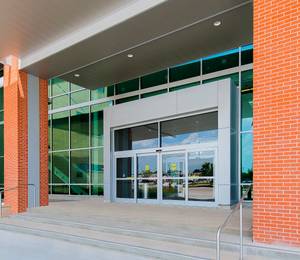 FEATURE BY ASSA ABLOY: What COVID-19 taught us about the design of health facilities for better patient experience
Oct 11,2021
Centara opens first Centara Mirage Resort in the Middle East
Oct 11,2021 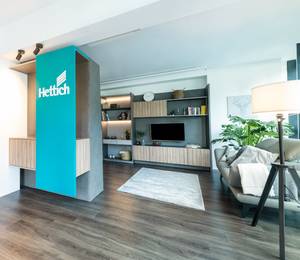 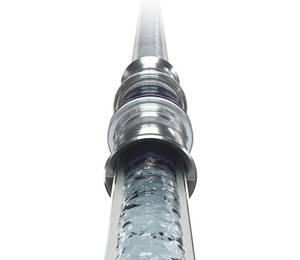 Wavin launches first ever pipe fitting that whistles when it detects a leak
Oct 11,2021