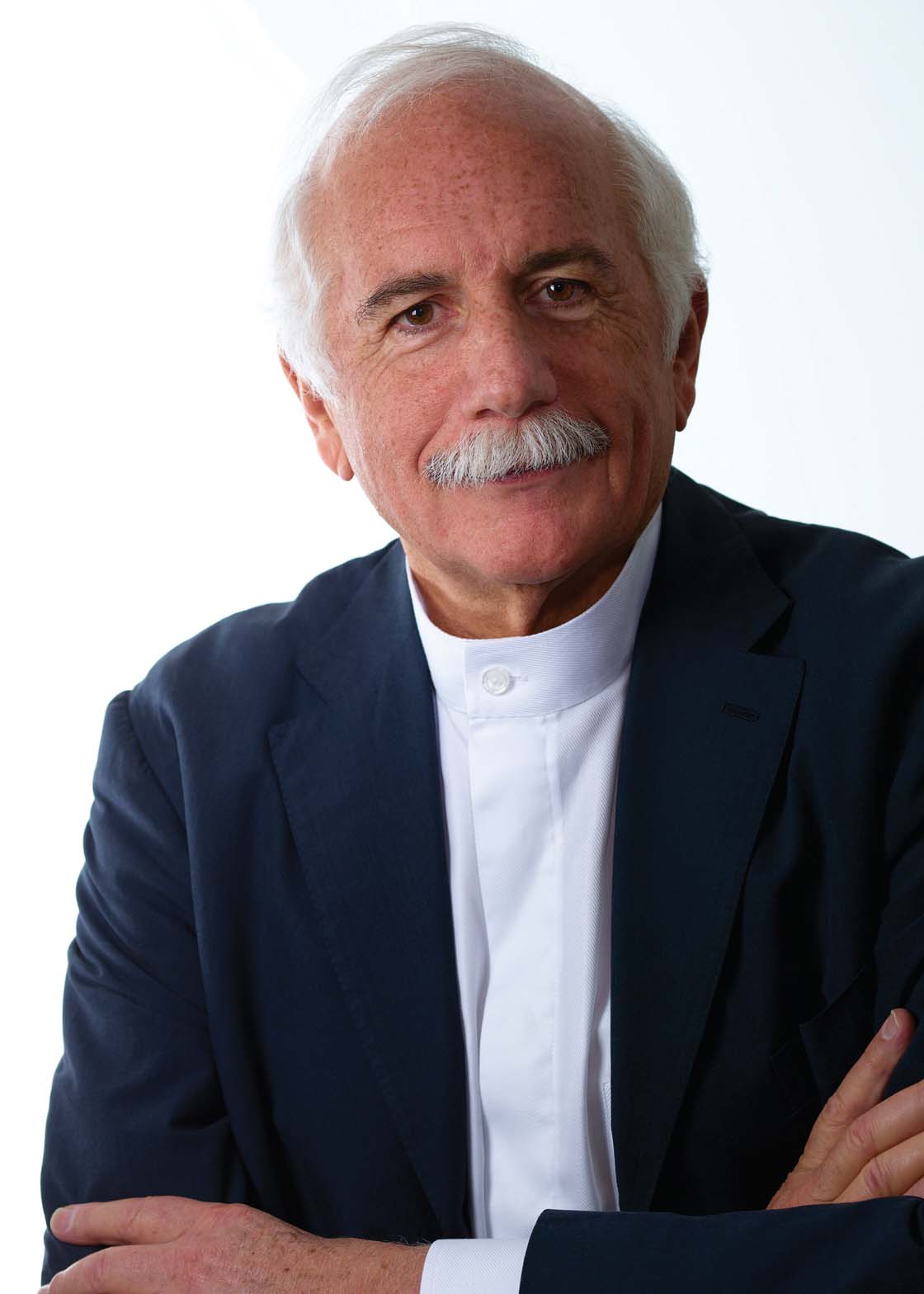 Washington, D.C., USA – The Board of Directors of the American Institute of Architects (AIA) has awarded the 2015 AIA Gold Medal to Moshe Safdie, FAIA, whose comprehensive and humane approach to designing public and cultural spaces across the world has touched millions of people and influenced generations of younger architects.

Many of Safdie’s Asian and Middle Eastern projects exhibit a sense of timelessness closely associated with his mentor, Kahn. Safdie once told Tablet magazine that if architecture is good, “then it will feel obvious, and like it’s always been there.” In Israel, his Mamilla Center blends in contextually and materially with a 19th century Jerusalem neighbourhood, offering people range of dynamic gathering spaces and enhancing the contemporary urban experience. In Punjab, India, his design for the Khalsa Heritage Centre (a museum of Sikh history and culture) shows visitors an elemental juxtaposition of stone and concrete with water. The building is made up of a rich mix of orthogonal geometry and curvilinear forms, organic and flowing in some places and rigid and rational in others. This mixture alludes to the primeval determination the earliest builders felt when they conspired to put together posts, lintels and right angles in defiant opposition to gravity, and also the natural world they struggled to endure against.

This is a pattern seen throughout Safdie’s architecture: the broad, explicit combination of grid-based forms with fluid curves. Safdie’s work naturally melds opposing forms – fusing arcs into squares, spheres into cubes, and ovals into rectangles – to create emotionally evocative architecture.

Some of Safdie’s most notable works include:
The Salt Lake City Main Public Library, a triangular glass library intersected by a crescent-shaped wall which forms an urban room and leads visitors up to an observation deck with views of the nearby Wasatch Mountains. The transparency offered by the glass library volume and the gracefully arcing wall and public space it forms evokes a dramatic contrast of enclosure and openness.
The Yad Vashem Holocaust History Museum in Jerusalem, a concrete prism carved into Mt. Herzl that takes visitors on a linear, narrative journey that explores the individual identities of Holocaust victims, finally giving way to an observation deck with broad views of Jerusalem below, symbolising the collective future of the Jewish people.
Marina Bay Sands in Singapore is a high-density urban district that serves as a gateway to Singapore, anchors the Singapore waterfront, and provides a dynamic setting for a vibrant public life. The project’s most dramatic feature is the 3-acre SkyPark, which connects the hotel’s three 55-storey towers at the top, spanning from tower to tower and cantilevering 213 feet beyond. Its mixed-use program (theater, museum, hotel, convention center) makes it nearly a city unto itself.
The Crystal Bridges Museum of American Art in Bentonville Ark., an idyllic village of copper-clad shells containing American art. This village of forms creates a series of dams and bridges over a reservoir fed by nearby Crystal Springs, intimately revealing the natural landscape and huddling around the water like a group of timeworn river stones.