Charlottesville, Virginia, USA – Architects Marion Weiss and Michael Manfredi, co-founders of a New York-based architectural design firm named one of North America’s “Emerging Voices” by the Architectural League of New York, are the 2020 recipients of the Thomas Jefferson Foundation Medal in Architecture.

Their multidisciplinary practice, WEISS/MANFREDI Architecture/Landscape/Urbanism, is at the forefront of redefining the relationships between landscape, architecture, infrastructure and art. Their award-winning projects include the Seattle Art Museum’s Olympic Sculpture Park in Seattle, which Time Magazine identified as one of the top 10 projects in the world. Integrating art, architecture and ecology, the park has won numerous other honors, and was the first project in North America to win Harvard University’s Veronica Rudge Green Prize in Urban Design.

Most recently, WEISS/MANFREDI was selected through an international competition to re-imagine the world-renowned La Brea Tar Pits and Museum in Los Angeles.  The medals, typically presented in person at UVA and Monticello, will be given in absentia this year due to ongoing efforts to contain the spread of the novel coronavirus and limitations on events and travel.

WEISS/MANFREDI is known for placing environmental stewardship and sustainability at the core of their work, and for their design projects that require progressive ecological and infrastructural frameworks. 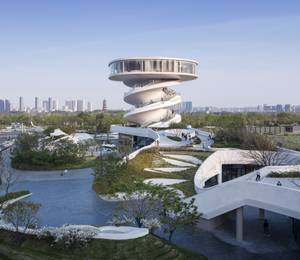