Rotterdam, The Netherlands – The Brew is one of the first developments in the transformation of the former Bärenquell Brauerei in Berlin. Barcode Architects transforms the so-called Flaschenabfüllgebäude from an industrial ruin to a new icon along the Spree. As a social hub within the masterplan, the 15,000 square metres project has a key role in the development of the entire area. The Bärenquell Brauerei is a large-scale industrial building complex in the Treptow-Köpenick district of eastern Berlin. Due to the decline in demand for East Berlin beer after the fall of the Berlin Wall, the complex was closed in 1994. Since then, the abandoned buildings have been a breeding ground for street art and urban culture.

After years of abandonment, the complex was about to be demolished, but now it will be transformed into a lively part of the city where living, working and culture come together, based on the masterplan designed by Tchoban Voss Architekten. The ambitious masterplan focuses on optimally preserving the identity of the complex, with raw industrial materials and the urban culture that is blossoming there.

The redevelopment of Bärenquell Brauerei sets the scene for the further densification of Berlin and the activation of the quays along the Spree. The proposal for The Brew has been very well received by the city. The transformation will start in mid-2022. 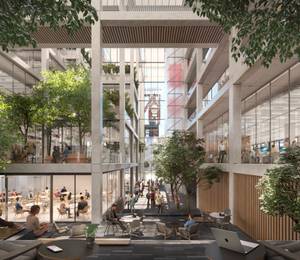 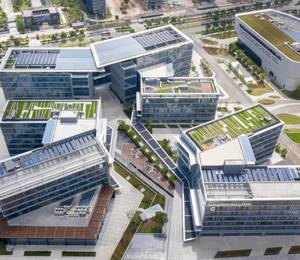 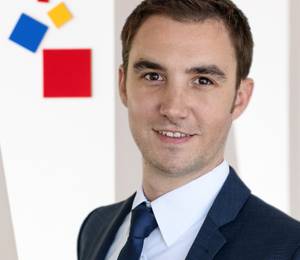